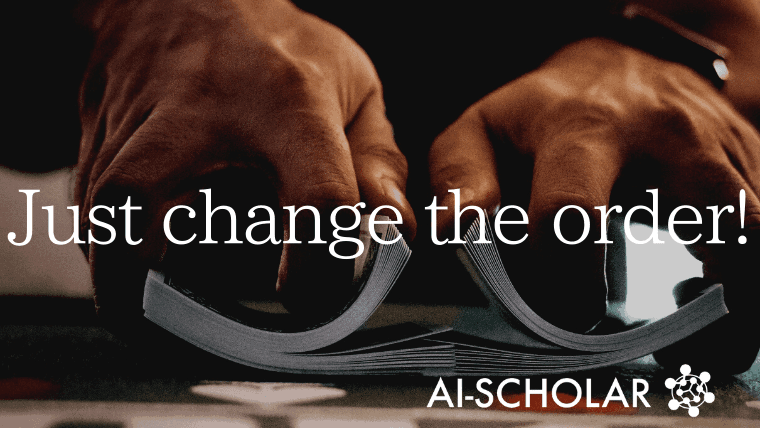 Machine learning models can be attacked by contamination of their training data, such as degradation of trained model performance and introduction of backdoors.

However, such an adversarial attack would require the attacker to be able to manipulate the data used for learning, which may not be realistic.

The paper presented in this article showed that it is possible to influence the behavior of the model by simply changing the batches and the order of the data during training, rather than changing the data for training as in existing attacks.

The proposed method, Batch Reordering, Reshuffling and Replacing (BRRR) attack, is based on manipulating the order of batches during training and the order of data in a batch.

Instead of not having access to the model under attack, the attacker trains the surrogate model in parallel and based on its output, reorders the batch or its data during training or replaces it with another data in the dataset.

At this time, no processing such as adding noise to the data is performed.

Background of the BRRR attack

It can be said that the proposed attack technique exploits the probabilistic nature of current deep neural networks.

In this case, for the learning rate $\eta$, the weight update in the SGD algorithm is expressed by the following equation

In this case, the parameters after $N$ times SGD step are as follows.

As shown in this equation, the final parameter $\theta_{N+1}$ contains a term that depends on the order of the batches during training, which is indicated by data order dependence. The proposed method attacks this order-dependent term by manipulating it, e.g., degrading the performance of the final model.

This is an exploitation of a property of the learning algorithm that assumes that the batch sampling procedure is unbiased.

While the gradient of a mini-batch can be considered to approximate the true gradient if the sampling procedure is unbiased, the proposed method exploits and attacks this assumption by manipulating the data batch order by artifice.

Here, the policy of changing the batch or data point order is classified in the following figure.

These attacks are executed according to the following pseudo-algorithm.

For a more detailed pseudo-algorithm, please see Algorithm 2 in the original paper.

Poisoning backdoor attacks on machine learning models are usually done by adding a hostile data point $\hat{X}$ to the training time data set $X$ or by changing the data point to $X+\delta$.

Batch reordering attacks can also be applied to these poisoning backdoor attacks.

In this case, the parameter update rule is as follows.

In general, the attacker's surrogate model is set to a lower performance model compared to the source model.

The best performance of each source model with Batch reshuffling and Batch reordering is shown in the following table.

An example learning curve for the Batch reshuffling attack on ResNet18 is shown below. 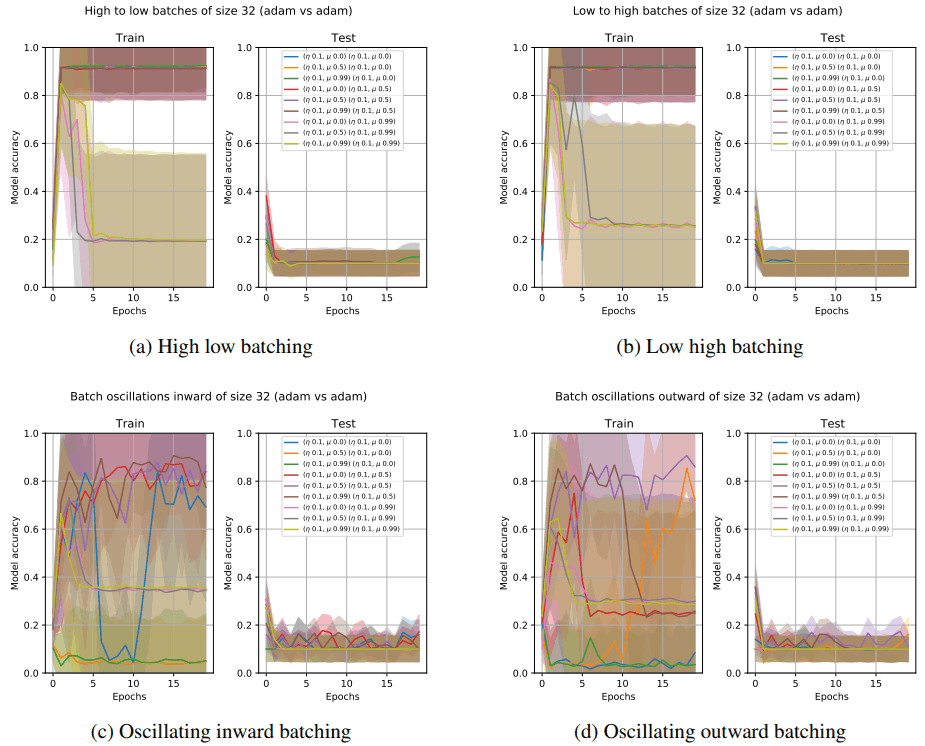 In general, we found that changing the data point order or batch order can degrade the performance of the model and reset the training results.

Next, we consider availability attacks. In this section, we experiment to see if we can delay the training of the model when we perform an attack at a particular epoch.

The result of this is shown in the following figure.

In this figure, the reordering attack is performed only in 10 epochs. We have seen that a successful attack can be a very large threat, as it significantly resets the learning state and requires many epochs to return to its original performance.

Finally, we experiment with a backdoor attack by changing the batch order.

In this section, we perform the BOB attack described above on the image containing the trigger shown in the following figure.

The results are as follows (see the original paper for details of the setup).

In general, it was shown that a backdoor can be introduced without changing the original data by simply inserting a small amount of reordered batches, although the performance varies depending on the type of trigger and whether it is a black box or not. 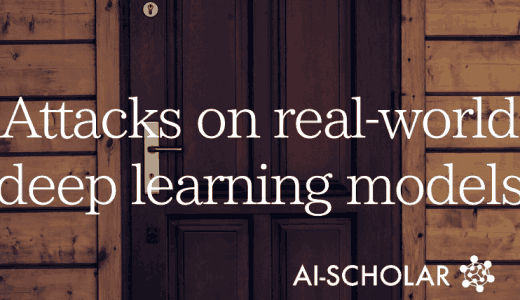 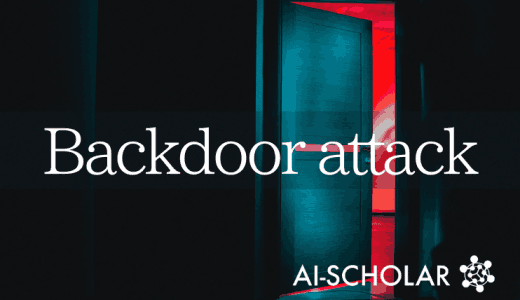