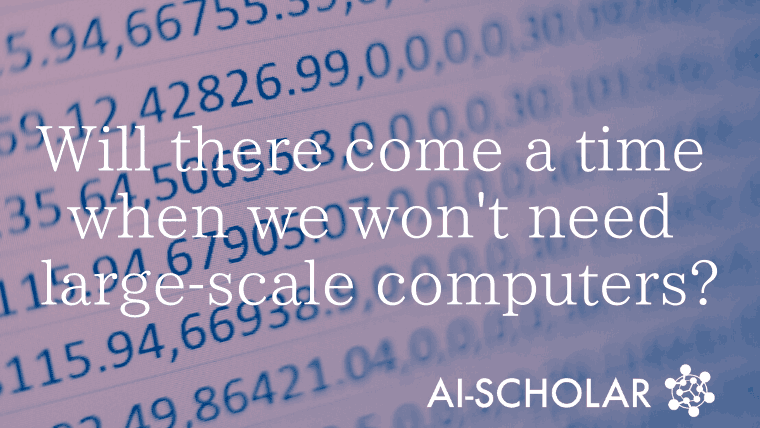 In this paper, we use a binary neural network, which is an architecture in which the weights of the network are binary, to significantly reduce the computational cost without harming the performance of the model. In this paper, we briefly describe binary neural networks as a background and then introduce the method introduced in the paper in detail.

What is a binary neural network?

However, binarizing the weights also has drawbacks, such as reduced expressiveness of the model and difficulties in optimization.

Typically, in a binary neural network, binarization is performed on the weights and the inputs to each layer. To binarize the input to a layer, a sign function is applied to the output of the previous layer. The sign function refers to the function expressed by the following equation.

Gradient-based optimization methods are used in deep learning, but the sign function is difficult to learn because the slope is zero in most places. Therefore, we use a method called straight-through estimator (STE) to approximate it as follows.

It is known that the method of canceling the gradient when it becomes very large is effective, and following this, we can obtain the following clipped weight parameter update formula.

The deep generative models that have been implemented using the binary neural networks described above are Hierarchical VAE and Flow++. The detailed description of the models is left to other articles, but please note that the changes made by the binary neural networks described below do not change the purpose of each generative model, but are only architectural changes.

In using binary neural networks for deep generative models, there are two binarization methods that this paper proposes.

When $v$ is binarized, the Euclidean norm in the equation can be written as the square root of the dimensionality $n$. In other words, it is not necessary to calculate the norm of the weights, and the calculation time can be shortened.

A structure that frequently appears in the architecture of deep generative models is the residual join.

Residual coupling is an architecture that has a skip connection structure as shown in the following equation. The residual coupling has been studied to improve the expressive power of the model without causing gradient vanishing, to solve the degradation problem that accuracy decreases as the layers become deeper.

The authors choose only residual bonds as the target of binarization and cite the following points as reasons.

In particular, for normalized flow-based generative models such as Flow++, it is important that the residual coupling used in the network can easily represent an isomorphic map since the function to be trained must have an inverse transformation.

To confirm that deep generative models can be successfully trained using binary neural networks, we conducted experiments on image generation in CIFAR and ImageNet. We used two generative models, ResNet VAE and Flow++.

The results of binarizing the weights in the residual join are slightly worse than those of using real weights. However, in both models, the memory cost is reduced from 1/10 to 1/20 by binarization.

This result shows that there is a trade-off between memory efficiency and performance by binarization.

The significant reduction in memory cost allows us to train models with larger network sizes, but as can be seen in the results for incremented width, we did not observe an improvement in performance by increasing the number of binary weights. 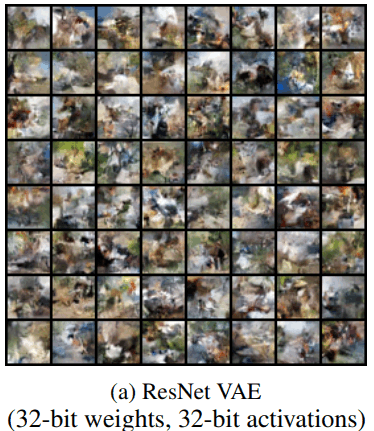 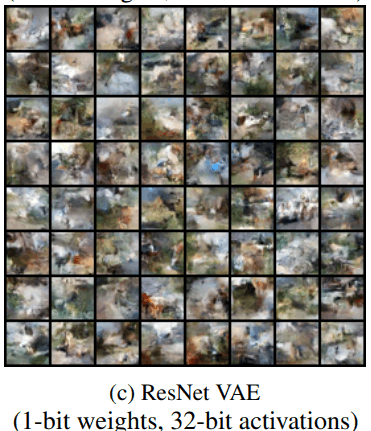 How did you like it? The main purpose of this paper is simple: to improve memory efficiency in training deep generative models, but it was surprising that the memory cost is reduced to 1/10! From now on, it may be possible to train large-scale generative models on PCs and smartphones.

I hope that in the future there will be a binary neural network framework that can be used as stably as PyTorch or TensorFlow.