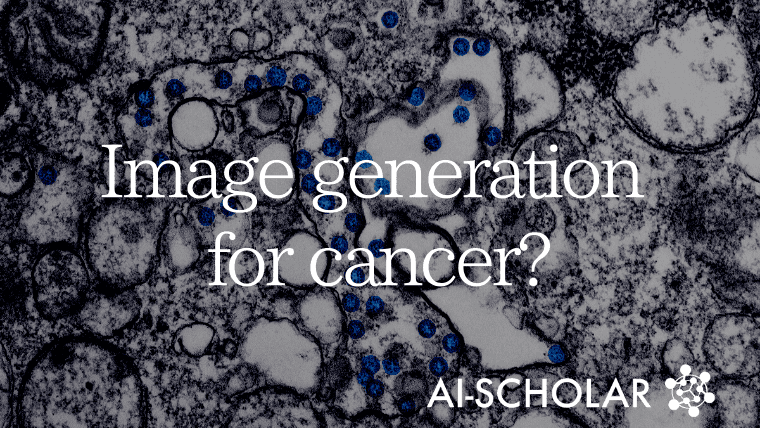 3 main points
✔️ With the increase of multifactorial diseases in which multiple factors are intertwined with each other, omics analysis of genetics and proteins is attracting attention, but due to the high dimensionality of the data, it is difficult to perform accurate analysis using conventional methods such as statistical analysis.
✔️ In order to solve the high dimensionality of omics data, we focus on the introduction of deep learning - especially algorithms in the field of image analysis - and propose the OmicsMapNet approach to analyze the data as 2D images using molecular features and data in the database. We propose an approach
✔️ that achieves higher accuracy than conventional methods in the classification problem of cancer datasets (TCGA), especially in the classification performance of cancers with higher severity.

Can the high dimensionality in omics data be eliminated by the introduction of image data?

In this paper, we analyze high-dimensional omics data by mapping the data based on the molecular information accumulated in the database and transforming it into two-dimensional image data, aiming to realize high-dimensional large-scale data analysis using image analysis techniques in deep learning. Currently, much attention is being paid to omics analysis, which is the analysis of biological materials such as genomes, genomics for genes, and proteomics for proteins. In the analysis of such omics data, it is necessary to take into account the interactions within and between the layers of each omics, so approaches that use machine learning to automatically analyze and interpret the data are attracting attention.

In order to overcome the high dimensionality of omics data, we have investigated methods using deep learning algorithms, especially in image analysis, and proposed a method for image transformation. Specifically, we propose a method to generate image data by constructing a treemap from gene expression levels using the cancer dataset and the KEGG database. This method is expected to solve the high dimensionality and difficulty of analysis of omics data.

First of all, I would like to briefly explain Omics because many of you may not be used to hearing about it.

It is said that the analysis of this biological information can promote the estimation of diseases and the development of drug discovery. There are multiple layers of omics, such as genomics (genetic information), transcriptomics (RNA), proteomics (proteins), metabolomics (metabolites), and interactomics (protein-protein interactions), and they are related to each other within and between layers. In the current research, the first three layers related to the central dogma are considered to be the mainstream and are being actively studied.

Purpose of this study

The aim of this research is to transform high-dimensional omics expression data as two-dimensional (2D) images based on functional features, which will enable the implementation of image analysis techniques in deep learning for efficient analysis.

In order to validate our method, we use the gene expression dataset of the Cancer Genome Atlas (TCGA) to create a treemap image. As a preprocessing step in this dataset, we filtered out genes with extremely low expression levels (threshold: -5). For the remaining genes, we match the gene names with KEGG-IDs and select the genes with the highest average expression values for the KEGG-IDs corresponding to multiple genes in the data matrix (see the figure below). 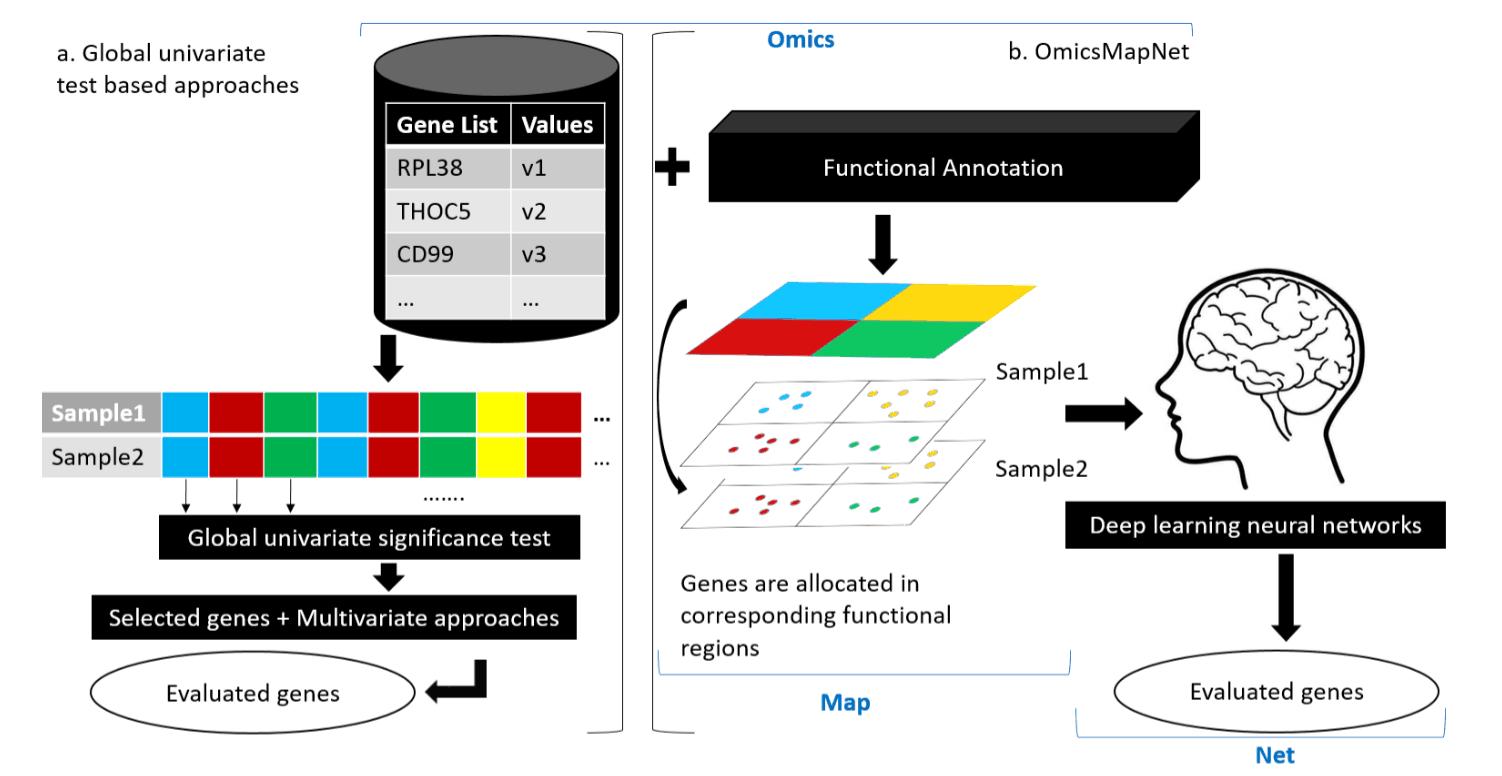 Conversion of expression data of omics to treemap images.

In addition, to confirm the validity of the learned CNN feature map, we select the top 10% of the weights in the map and compare them with the generated image to analyze the pathway.

This evaluation is carried out using the KEGG database and the TCGA dataset in order to clarify the appearance of the generated images.

The proposed method, OmicsMapNet, extracts the hierarchical structure of functional annotations from the KEGG BRITE hierarchical file, assigns genes to the corresponding child nodes, and constructs a treemap image. At first, 20330 genes were obtained from the gene expression matrix, and 17715 genes were extracted by eliminating the genes with extremely low expression levels. These genes were mapped to KEGG IDs and generated using OmicsMapNet for 7095 genes and the structure (spatial arrangement of genes) of Treemap (previous study) which contains 10772 gene quadrats (see figure below). In the treemap, each quadrangle represents one gene, and each color represents a normalized gene intensity. In this data set, RNA-Seq analysis was performed on 667 samples, 607 of which were labeled with WHO grade - a measure of cancer severity. 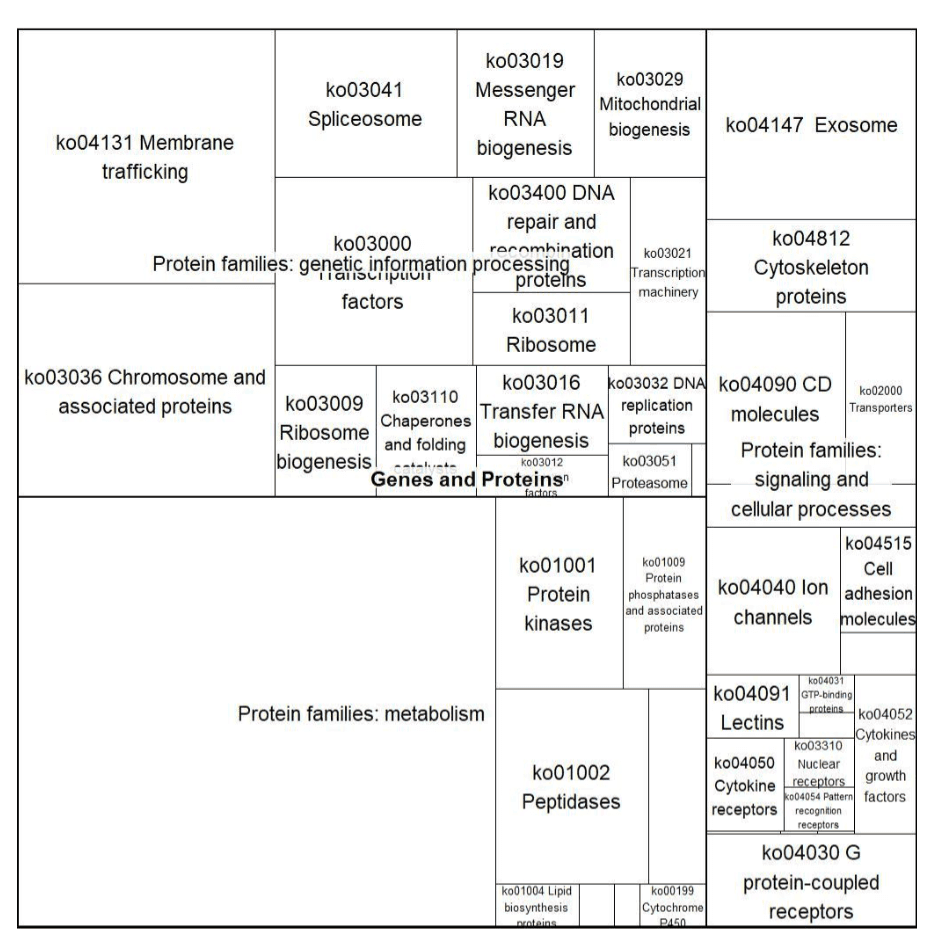 Learning and Prediction of Tumor Sample Grades by DCNN

The purpose of this analysis is to clarify the accuracy of training using Deep CNN (DCNN) on the generated images.

The DCNN used in this study (see the figure below) has three Convolution and two Dense and is trained with the generated treemap image as input, the WHO grade of the corresponding sample as output, and the grade of the tumor sample as a label. The distribution of WHO grade II, III, and IV subjects in the 607 TCGA LGG&GBM samples in our dataset was 215, 239, and 153, respectively, and was evaluated using 10-fold cross-validation. The mean accuracy was 75.09% (95% CI: 70.38-79.79%), and the median was 74.35%. From the ROC curve (see the figure below), the average area-under-curve (AUC) of G2 and G3 in this training model was 0.86 and 0.83, respectively. On the other hand, the average AUC of G4 was 0.99, indicating that G4 could be distinguished from G2 and G3 with higher accuracy. 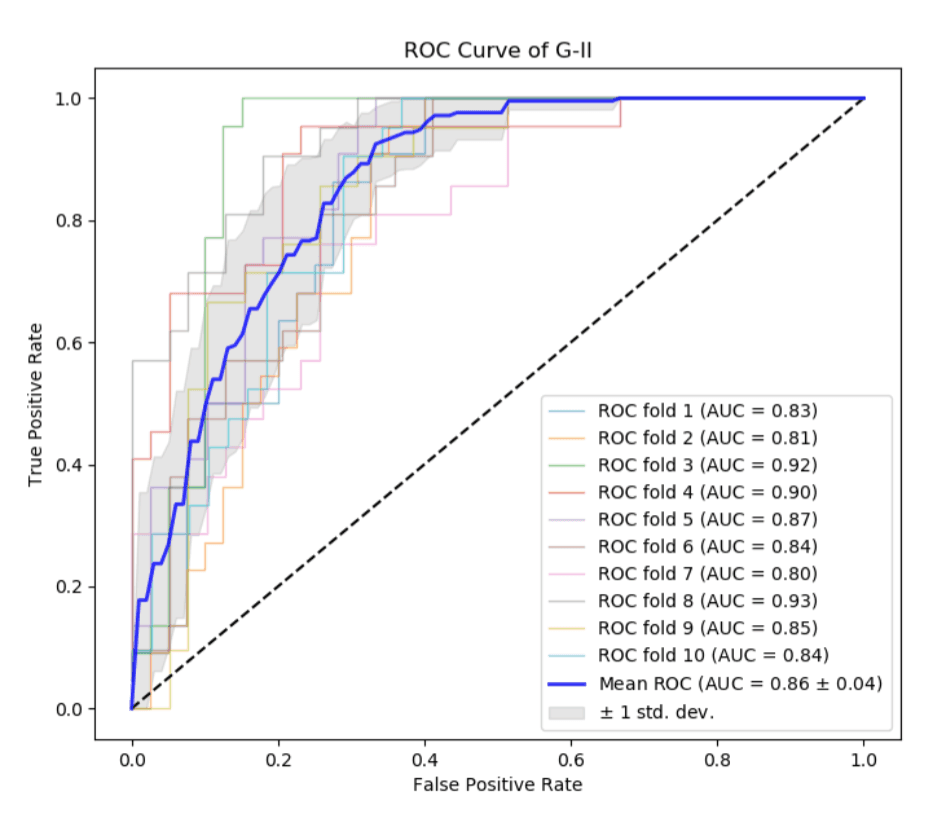 The purpose of this evaluation is to compare and validate OmicsMapNet and related methods with respect to their Grade 2 (G2) and Grade 3 (G3) classification performance.

As related methods, we used logistic regression and gradient boosting decision tree by XGBoost, and the proposed method, OmicsMapNet, used 10-fold cross-validation for DCNN architecture and training procedure (see the figure below). As a result, the average value of AUC is 0.86 (proposed method), 0.79 (Logistic Regression), and 0.72 (XGBoost). 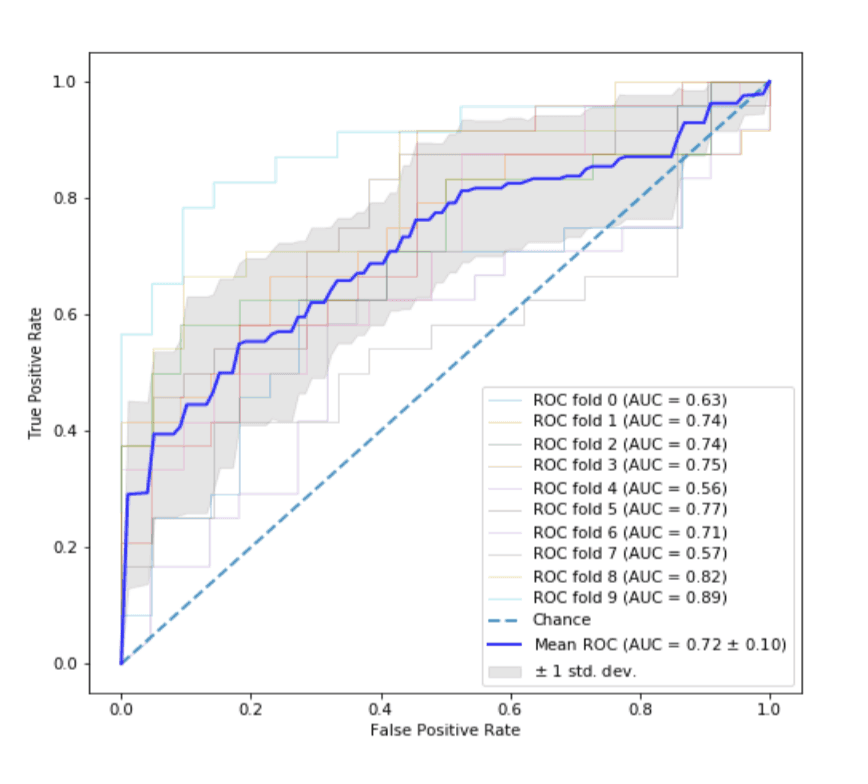 In order to overcome the high dimensionality of omics data, we have investigated and studied the introduction of deep learning algorithms, especially those for image analysis. The proposed method is to generate image data by constructing a treemap using the expression levels of genes in the TCGA cancer data set and the KEGG database. As an evaluation, we constructed a DCNN learning model using the generated images as input and compared the classification accuracy of the proposed method with Logistic regression and XGBoost. As a result, it is confirmed that the classification performance of the proposed method is high, especially for high-grade cancers. These results indicate that images generated by combining gene expression levels and ecological information from the database have high performance in cancer classification and that there is a wide range of applications for generating images combining other diseases and non-genetic information.

On the other hand, since the data set used in this study is related to cancer, it is unclear whether it is effective for other diseases. Since the generated image data is based on the analysis information for cancer, the tree structure may be different for other diseases, and the universality for the target disease may be lacking. In order to solve this problem, it is expected that the validity and robustness of the proposed method will be demonstrated by evaluating other datasets than the one used in this study, especially for rare diseases that are strongly related to genes.