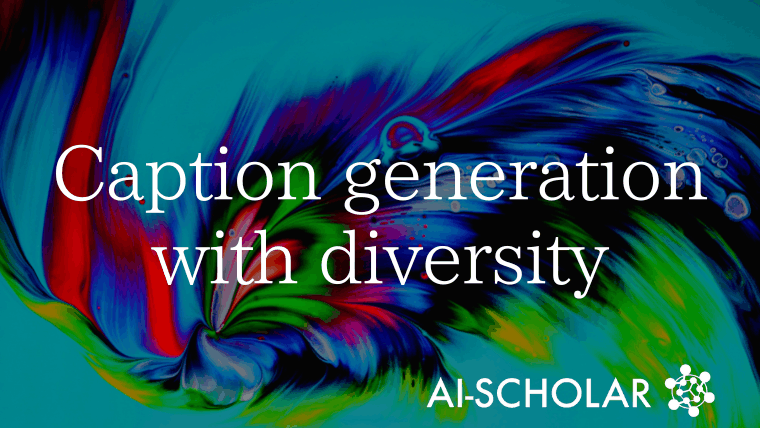 In recent years, the development of multimodal datasets that integrate vision and language has led to the proposal of various models in image captioning (the task of generating a semantic description of a scene in the natural language given an image of that scene).

However, the dataset available for such image captioning is the COCO dataset consists of multiple captions per image by different annotators, and captioning frameworks using such datasets deterministically generate a single caption per image, as listed in

One of the main problems with existing image caption datasets is that the annotated caption text may not be related to the actual caption represented in the image.

As an example, in the image from the Senticap dataset below, the caption text incorrectly refers to the man on the left as a dead man and this kind of incorrect image-caption relationship can hurt the generated captions.

To remedy these problems, this paper proposes an extended method for the COCO and Senticap datasets.

Extension of the COCO dataset

In this paper, to generate various styles of captions generation for the COCO dataset, the following methods were used to extend the data.

In addition to this, we created a dataset of captions to account for the styles in the image by following these steps

The dataset created by these methods looks like the following, which confirms that we have extended the caption to take into account the style of the image style caption.

To obtain image-based styled captions, our method first extracts features related to the objects in the input image and then uses these features to formulate Style-SeqCVAE as a structured latent space to encode image-based local style information.

The purpose of Style-SeqCVAE is to generate captions that reflect the various style information contained in the image, and the overall model is shown below. 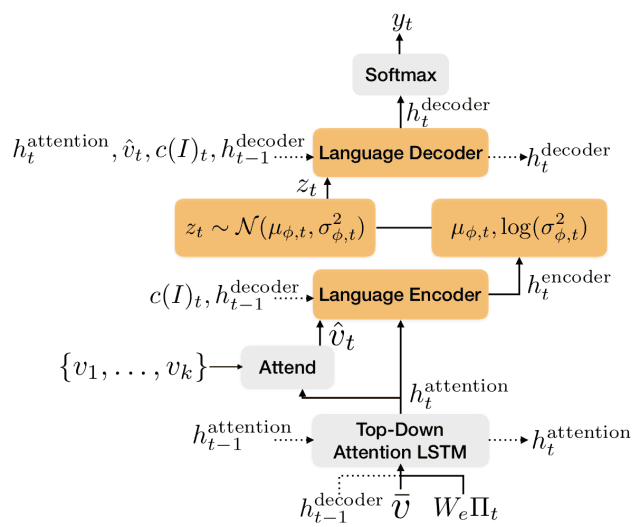 In this work, we also propose to further encode the region-level style information into c(I )t and update it at each time step using attention weights( αt).

It is based on the assumption that image styles can differ significantly between different regions, and to account for this we model VAE with an explicit latent space structure with L STM-based language encoders and language decoders (yellow-colored areas in the full model), where the figure htattention、htencoder、htdecoder represent the respective LSTM hidden vectors at time step t.

To evaluate this approach for generating a variety of captions in an image-based style, experiments were conducted using the Senticap and COCO datasets extended in this paper for the datasets and Bleu ( B), CIDEr ( C), ROUGE ( R), and METEOR ( M ) were used in the experiments.

Evaluation of the Senticap dataset

The results are shown in the table below. (n is the number of captions generated per input image)

An example of the generated caption is shown in the figure below. 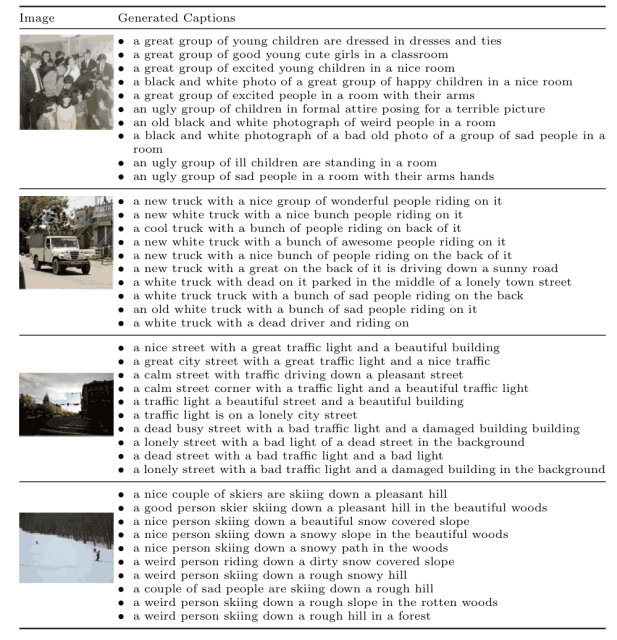 Thus, we can confirm that our method can generate captions with various styles that accurately reflect the positive and negative emotions in the image.

How was it? In this article, we have described a paper that proposed Style-SeqCVAE, a Variational Autoencoder (VAE)-based framework for encoding local style information in input images.

Compared with existing research, this method enables us to generate more human-like captions that reflect various features of input images, and we are very much looking forward to future progress. 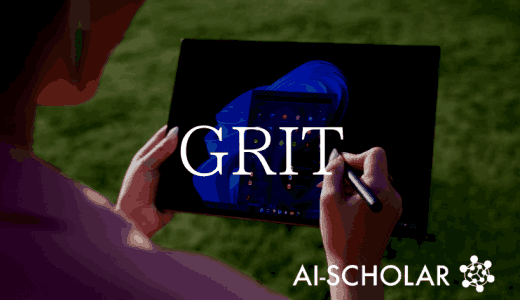 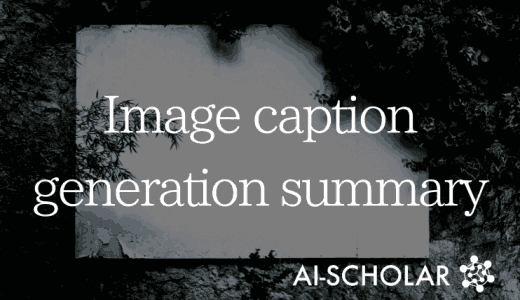