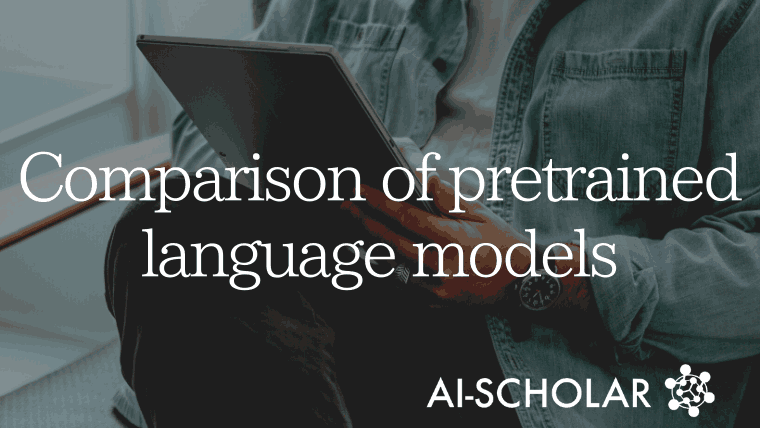 Continual learning, in which models are learned while avoiding catastrophic forgetting, has been studied extensively and many methods have been proposed. In the field of natural language processing, many pre-training models such as BERT and ALBERT have been proposed and actively studied.

For more details, please refer to the original paper or the commentary article on this website.

Continuous learning aims to learn a given set of tasks without degrading the performance of previously learned tasks. It is commonly evaluated in an incremental (incremental) classification task setting at learning time. More specifically, three settings are used: class, domain, and task incremental learning.

In any learning setting, the continuous learning algorithm is given each task once in turn, but the following differences exist

In rehearsal-based methods, past samples are stored in some form and reused when training for new tasks. The simplest method is to replay past samples with new data to suppress catastrophic forgetting. This is known as Experience Replay (ER) and is often an advanced baseline.

Many rehearsal-based methods have been proposed to improve the performance and efficiency of ER, such as constrained optimization using past samples instead of simple replay to prevent increased losses in past tasks.

Regularization-based methods tend to rely on task boundaries and often fail in settings where long task sequences or task IDs are not given.

Continuous learning of PLM through benchmarking

The experiment will investigate three questions

In our experiments, we combine PLM and linear classifiers to compare the following methods.

The evaluation indicators are as follows

The dataset used in the experiment is as follows

The data distribution for each dataset is as follows 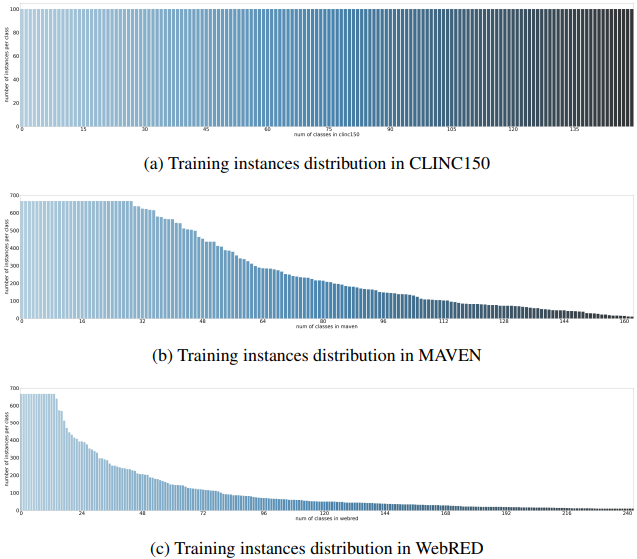 Experiments were conducted in each setting and the accuracy obtained is summarized in the table below.

As can be seen by comparing the Vanilla and Joint accuracy of each PLM, severe catastrophic forgetting occurs in the PLM. This is common for all datasets (C, M, W) and is especially more severe in the Class-IL setting. The results of the different continuation learning methods for each model and the comparison of the results of the different models for each continuation learning method are as follows. 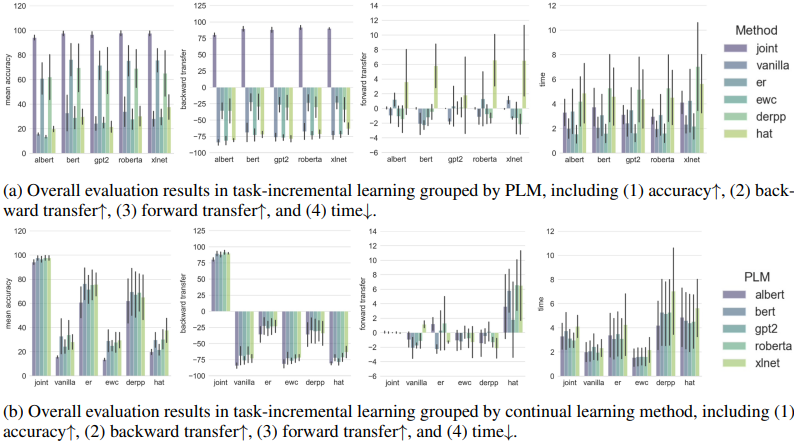 In general, we found that BERT was the most robust among the PLMs and the rehearsal-based method was the most effective among the continuous learning methods.

To analyze the above results in more detail, the paper further investigates the following questions

Figures (a-d) show the representativeness of each task and layer in vanilla settings for each PLM, and (e-h) show the buffer size and representativeness of each layer when ER is applied (darker colors are better). Experimental results show that the robust and fragile layers differ depending on which PLM is used, and which layer's performance is also improved by replay.

In general, the interesting result is that the robustness to continuous learning varies from layer to layer, and which layers are robust depends on the PLM architecture.

In this article, we presented a study that investigated the performance characteristics of a representative pre-learning language model combined with continuous learning and analyzed each layer within each language model.

The insights gained from this study are an important contribution to continuous learning with PLM. 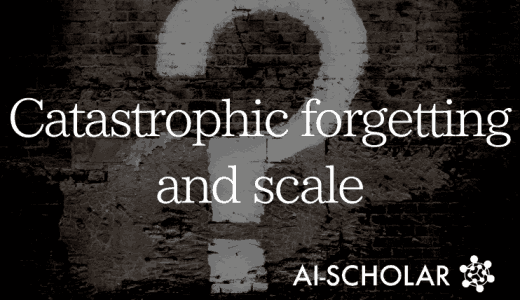 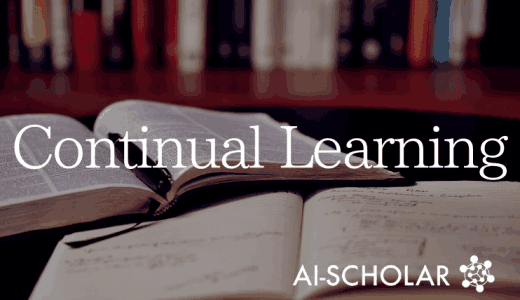