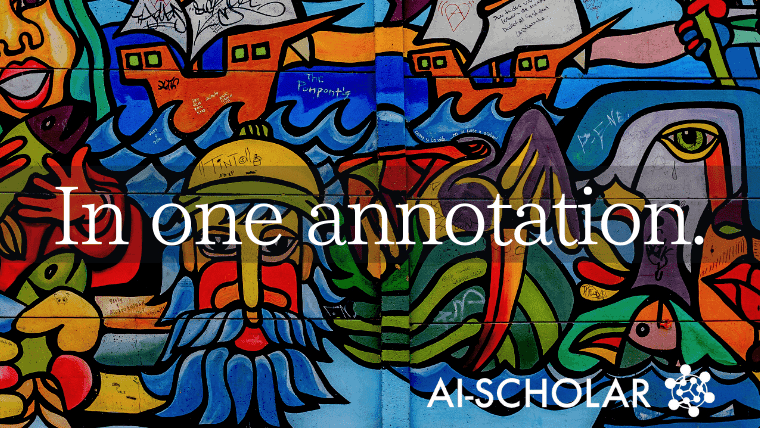 In addition, although Few-Shot Semantic Segmentation has been tackled in meta-learning, it is not possible to learn a part-specific representation because it requires annotation masks of similar object classes. On the other hand, representations extracted from GANs can be trained unsupervised because they contain part-level information.

We establish the conditions that we will introduce in this paper. First, given an unlabeled image and a few images (1~10) with part annotations, we aim to perform part segmentation on the unlabeled image. It is also assumed that these few part-annotated images can be manually set by the user. This task can be accomplished by providing a function $f$ that performs its part segmentation of information that would not be meaningful from the part-annotated images alone. The authors derive this function using a GAN that has been trained to produce images of the target object. In this article, we will now show how GANs can be used for this task, how trained GANs can be used for segmentation and extensions that allow segmentation without the need for GANs or advanced mapping during inference. 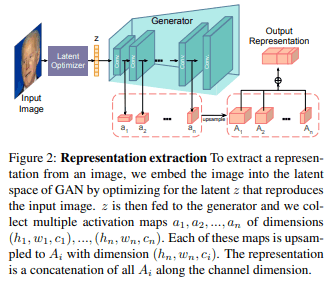 As shown in Fig. 2, we extract activation maps from all layers of the generator (each with $h_i,w_i,c_i$ dimensions) and denote them as $a_1,a_2,. .a_n$. Then we learn the pixel-wise representation as follows:

Here, $U()$ upsamples the input to the largest activation map $(h_n,w_n)$ and concatenates it along the channel dimension by $⊕c$. Normally, this feature map extraction process is only valid for images generated by the generator and cannot be used directly on test images. However, given an arbitrary test image, a feature map can be generated similarly by optimizing the latent code that generates the given image.

Generate $k$ random images from the trained GAN to achieve segmentation in Few-shot. We then create feature maps for these $k$ images and manually annotate them. These $k$ feature maps and annotations are used in pairs as supervised data to train the segmentation model (fig3). 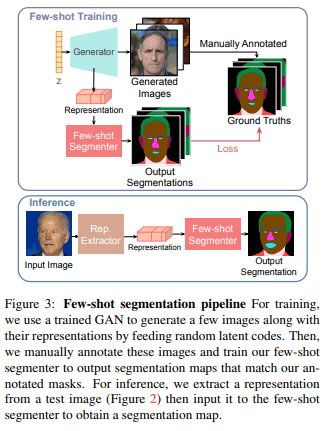 The segmentation of the test image is done by the latent code optimization described above to compute a pixel-wise feature map, which is then fed into the trained segmentation network.

One important point to note when performing this task using only GAN is that the test image must be close to the image distribution used for GAN. Otherwise, the optimization of the latent code will not be successful. If the object is a human face, the test image must have a similar distribution to the image used to train the GAN and must contain only one face. In addition, the optimization process of the latent code is computationally expensive and time-consuming because it requires multiple forward and backpropagation operations.

To solve the above problem, this paper creates a new pair of training data by using the trained GAN and the network of the proposed method and trains another network such as Unet. In this way, the segmentation is done by passing a single model without relying on GANs or feature maps. This process is called auto-shot segmentation in the paper. fig4 shows the flow of auto-shot segmentation. 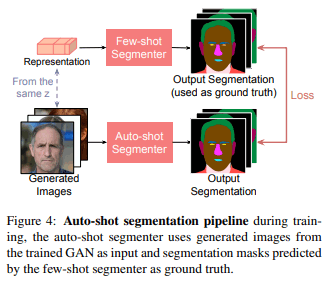 Finally, we summarize the process flow in the proposed method once again.

In our paper, we use StyleGAN2 as a trained GAN. The few-shot network is a convolutional network (CNN) and a multilayer perceptron (MLP). In both CNN and MLP, Adam is used as the optimizer, and cross-entropy is used as the loss function. As mentioned earlier, UNet is used for the auto-shot segmentation network, and the training data for UNet is a pair of GAN-generated images and the segmented images of the few-shot network. In this process, the following data enhancements are made to the dataset:

The data sets and evaluation metrics used in this paper are shown below:

In the human face part segmentation experiment, we compare the architecture (CNN or MLP), the number of part classes (3 or 10), and how many annotations are done manually (1, 5, or 10) during the Few-Shot segmentation.

First, a comparison between CNNs and MLPs: unlike CNNs, MLPs are expected to be less accurate than CNNs because they infer each pixel independently. MLP performs almost as well as CNNs However, Table 1 shows that MLP has 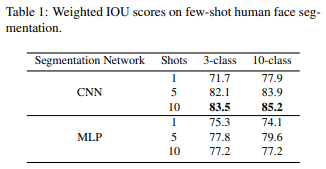 Next, Fig5 and Tab3 show the generated images and IOUs of few-shot segmentation employing CNN. We can see that 10-shot has the best performance in both cases. 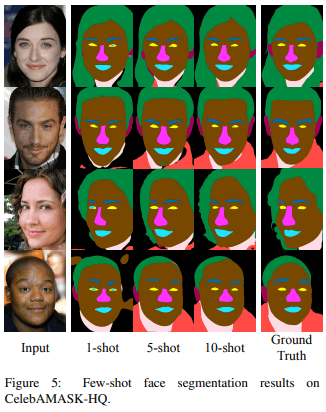 The part segmentation of a car is expected to be a more difficult task than that of a face image because of the wide variety of poses and appearances. However, as shown in Fig. 7, the proposed method can identify tires, windows, and license plates in one-shot images.

Table 4 compares the auto-shot trained by the proposed 10-shot method with DeepCNN-DenseCRF and Ordinal Multitask Part Segmentation. The performance is better than that of the baseline, which is fully supervised learning.

Segmentation of horses is expected to be an even more difficult task than the previous two. The reason may be that horses have various poses such as standing and jumping, and the boundary between legs and torso is not clear. As expected, the performance of the proposed one-shot method is inferior to that of human faces and cars, but as shown in Fig. 8, a significant improvement can be achieved by increasing the number of annotations. 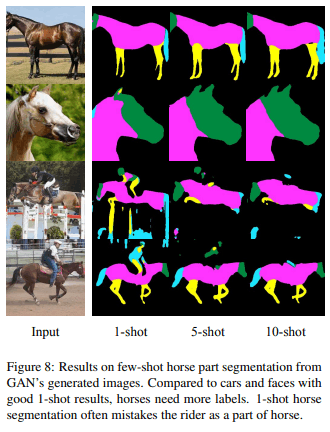 In this paper, we proposed an approach to use GANs, which are used for image generation, for few-shot semantic part segmentation. The novelty lies in the use of pixel-by-pixel representation information obtained from the GAN generation process. The proposed method enables part segmentation with very few annotations and achieves the same performance as fully supervised methods that require 10~50 times more labels. In addition, we can handle images with different sizes and orientations by creating a new dataset of segmented images generated by few-shot. This paper suggests that unsupervised representation learning, GAN, can be an effective and general-purpose distillation task for semantic and pixel-by-pixel prediction of object parts in the future.