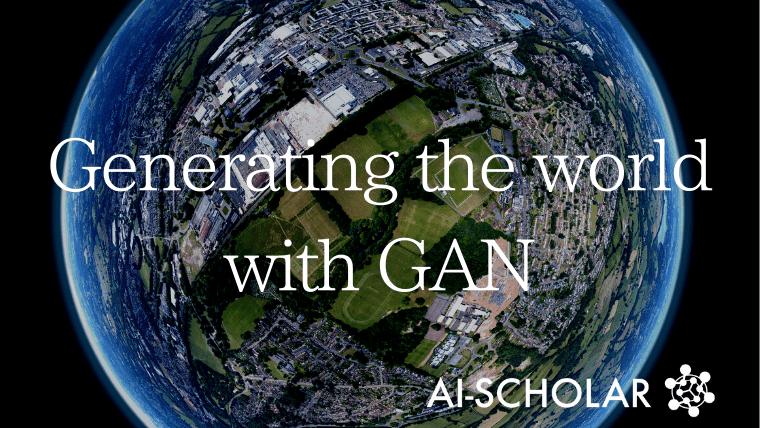 3 main points
✔️ Using GAN to generate Minecraft worlds
✔️ Overcome the problem of insufficient GPU memory with the word2vec approach
✔️ In the future, we may be able to generate from natural language

TOAD-GAN is a 2D map generation model using GANs. In the paper, the performance of TOAD-GAN is tested by generating a map of Super Mario Bros. The architecture of TOAD-GAN is based on the architecture of SinGAN as shown in the figure above. The difference between TOAD-GAN and SinGAN is the way of downsampling, which is done by defining a priority for each token in the Super Mario Bros. map. In the paper, we define a priority table like the one below. 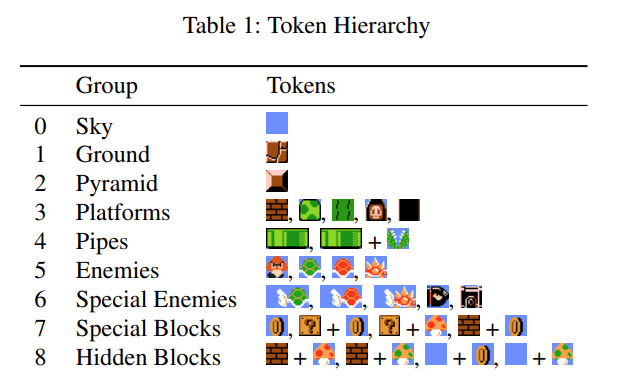 Downsampling is performed by replacing the token in the region of interest with the token with the highest priority.

For example, consider the region of interest shown in the figure above. In this case, this region contains two types of tokens: empty tokens and brick block tokens. If we want to downsample this region to a single token, the priority (Hierarchy) of the empty token is 0 and the priority (Hierarchy) of the brick block is 3, so the brick block with the higher priority is selected and the result of the downsampling is By downsampling in this way, TOAD-GAN successfully takes advantage of the architecture of SinGAN.

Problems in using TOAD-GAN for Minecraft

Since TOAD-GAN is a model that can generate maps for Super Mario Bros, it seems easy to use this in Minecraft. However, there are two major problems with this.

It is necessary to define the priority table.

To solve the above problems, the authors used the idea of word2vec, a model of natural language processing that considers the matrix of initial weights as a variance vector for each word in a model trained on the task of predicting the context before and after a word input. Using this method, a natural language represented by one-hot encoding can compress information into a dense matrix as a variance vector. The authors applied this idea of word2vec to Minecraft tokens in the same way and named the method block2vec.

block2vec is trained in much the same way as word2vec. It takes a token as input and trains a model on the task of predicting the tokens around that token. The first weight matrix of the model that has been trained is treated as the variance vector for each token.

Why did block2vec solve the problem?

By using block2vec, the way to represent each token went from one hot encoding to a distributed vector. Why did this solve the problem?

Need to define a priority table

Using block2vec, we can also skip the definition of the priority table. In this paper, downsampling is done using the bilinear method. 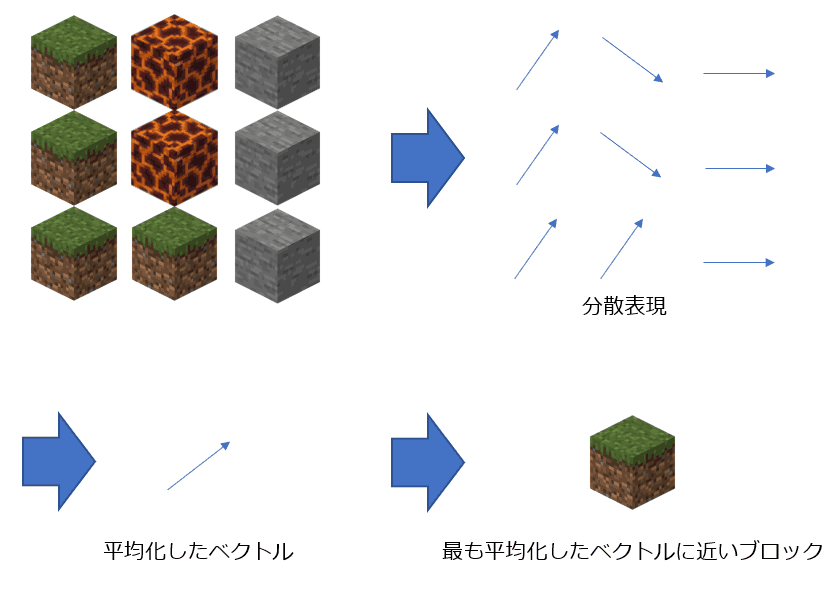 Downsampling can be performed in this way without defining a priority table.

The architecture of World-GAN is shown in the figure below. 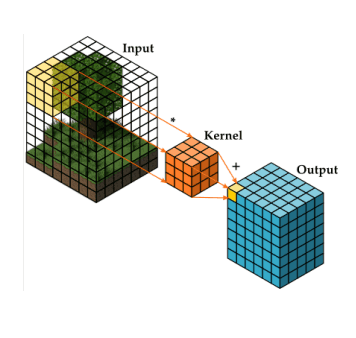 The architecture is almost the same as TOAD-GAN. The differences are the 3D convolution and the downsampling method.

We will now look at the validation results of the proposed method.

Some examples of world generation are shown below. 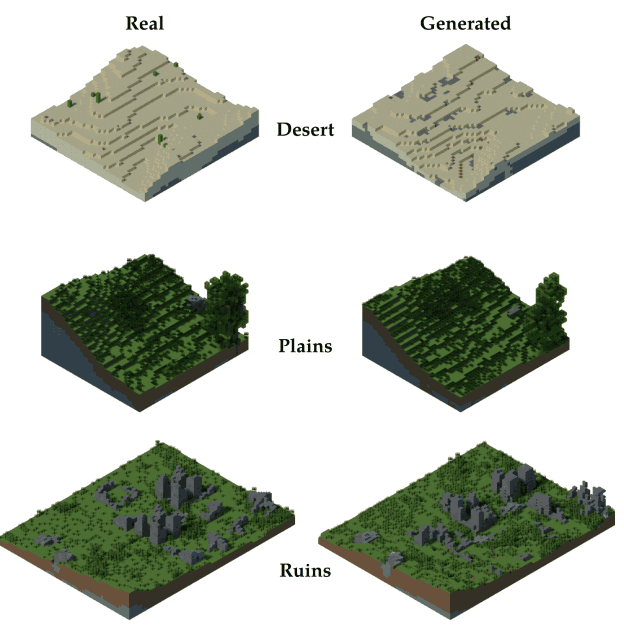 As you can see, natural generation is achieved while maintaining the atmosphere of the underlying sample. However, there were some cases where the generation was not successful.

In this example, we are using a village as a sample. You can see that the overall atmosphere is generally well generated, but the details of the buildings are not well generated.

Although TOAD-GAN is not originally a model for 3D map generation, the authors compare the proposed method, World-GAN, with the model that the authors extended to 3D maps without changing the idea of TOAD-GAN.

Comparing the two, it can be seen that they generate almost identically; World-GAN is superior to TOAD-GAN 3D in that it requires less GPU memory and does not require the definition of a priority table, so if they generate identically, World GAN is the better model if they are generated equally.

The smaller the value of the KL divergence, the better it represents the atmosphere of the base sample.

The results show that World-GAN has the most uniqueness of the generated maps.

Distributed representation of tokens with BERT

One of the most famous models in natural language processing is BERT. As BERT is a natural language processing model, it does not allow for the input of one hot encoding representation of tokens. Therefore, in this experiment we input a token description (e.g. mossy stone bricks) into a pre-trained BERT model and use the output of the final layer as a distributed representation of the token. 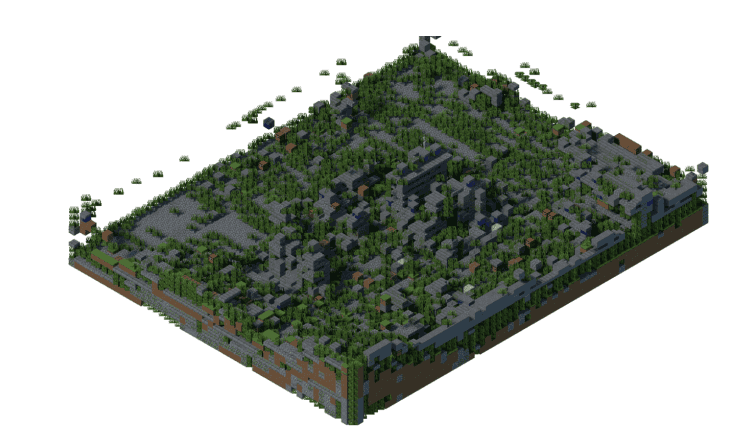