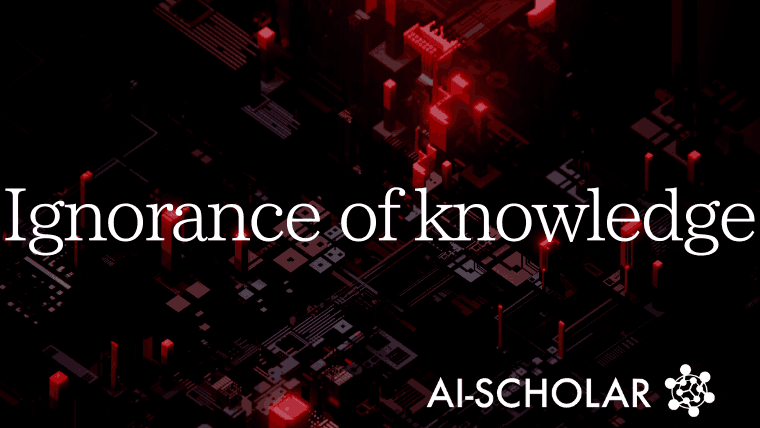 3 main points
✔️ Out-of-distribution (OoD, out-of-distribution) detection is the identification of data that is not in the training dataset
✔️ Good models that can classify a limited number of classes will perform in OoD detection
✔️ Successfully detect novelty in data by devising loss functions

In this paper, we propose a metric called Semantic Shift Benchmark (SSB), which successfully detects the semantic (semantic) novelty of a sample.

The OSR problem was formalized by Scheirer et al. and has been worked on by several excellent researchers since then, and the baseline for evaluating the OSR problem is a model trained on a closed data set. The model is trained using the cross-entropy error as the loss function and the output is a softmax function; henceforth this approach will be referred to simply as the baseline or maximum It should be noted that existing reports of OSR using MNIST and TinyImageNet have significantly outperformed the baseline. The baseline is called the

Interestingly, however, the results show that there is a correlation between the performance of the closed-set and open-set models.

Let us first formulate the OSR: the training data D_train is contained in the product of the input space Χ (note: capital chi) and the number of known classes C.

The validation dataset can be represented in the same way as above; this is the closed set setup.

Therefore, a condition is attached to the probability p. S is the score for inclusion in the known class C or not. 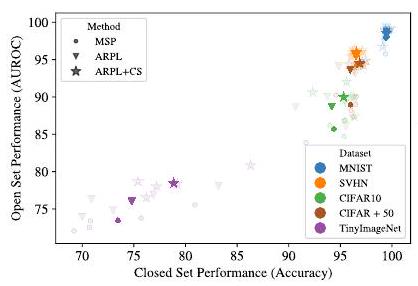 Now, the above is a correlation chart between the performance on the closed set (Accuracy) and the performance on the open set (AUROC).In this paper, we use a lightweight model of VGG16 (VGG32) and existing datasets (MNIST, SVHN, CIFAR, etc.) are used for evaluation; the OSR benchmarks are MSP (baseline), ARPL, and ARPL+ The colored dots are averages over the five datasets. The colored dots are the averages over the five datasets. 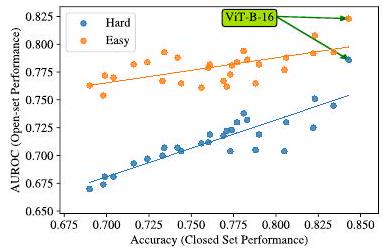 Now we fix the dataset to ImageNet and change the model (each point is a model); Hard is a setting with many unknown classes and Easy is a setting with many known classes. The ViT-Β-16 model is an outlier (very good performance), but when the datasets are common, there is a correlation between the performance on the closed set and the performance on the open set, even after changing the model architecture The model architecture is the same for the closed set and the open set.

The above results were similar for the large data set.

The current OSR benchmarks have two drawbacks: the dataset is small and the definition of "semantic class" is ambiguous. In this paper, we propose a new dataset and evaluation method and use it as a benchmark.

As mentioned at the beginning of this paper, the baseline evaluation method was Maximum Softmax Probability (MLP), whereas the authors propose a new method called Maximum Logit Score (MLS) The logit is the input of the softmax function and the output of the layer before the output layer. (Note: the sum of the outputs is always 1 when passing through the softmax function because the probability value masks the size of the logit). 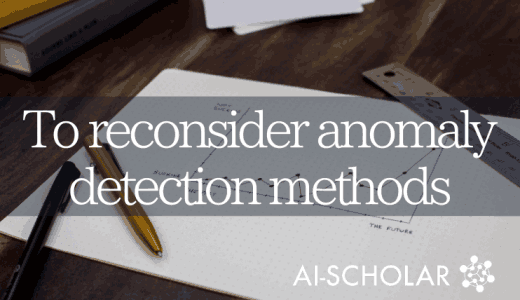 Supervised Learning With A Small Sample Of Anomalies Is Sufficient For Anomaly Detection! Rethinking ...