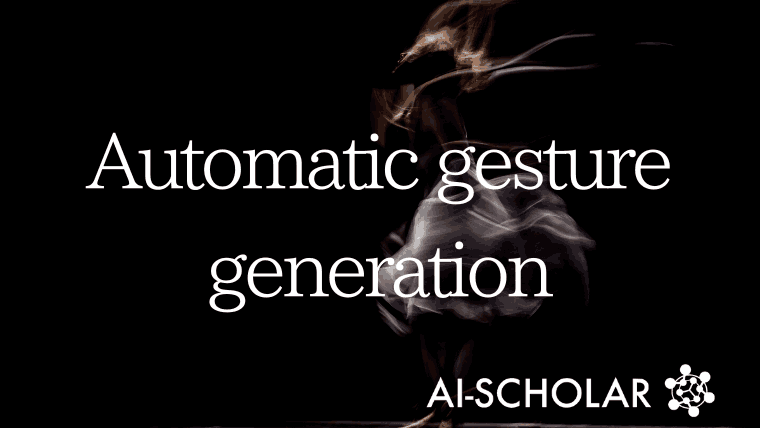 FreeMo, A Model That Automatically Generates Upper Body Gestures In Response To Speech, Is Here!

Good speakers use gestures in conjunction with their speech to effectively convey information, and these gestures have become essential in enabling applications such as digital avatars and social robots.

However, while research on generating lip movements to match speech has been widely conducted, the translation from speech to gesture has remained undeveloped because it retains a highly uncertain aspect.

Specifically, there were various problems such as the same person giving the same speech twice in a row does not always exhibit the same gesture, the possibility of occasional pause switching in long speeches, and the difficulty of gesture generation for long speeches.

Gesture generation by speech synthesis is to generate a sequence of actions corresponding to input speech, which requires a mapping from speech to gesture.

However, such mapping is highly non-deterministic and multimodal, which has been a challenge in existing research.

To solve this problem, we propose an approach that decomposes gesture generation into two complementary mappings: the Pose mode branch and the Rhythmic dynamics branch.

In this experiment, comparative experiments were conducted using the following five models. 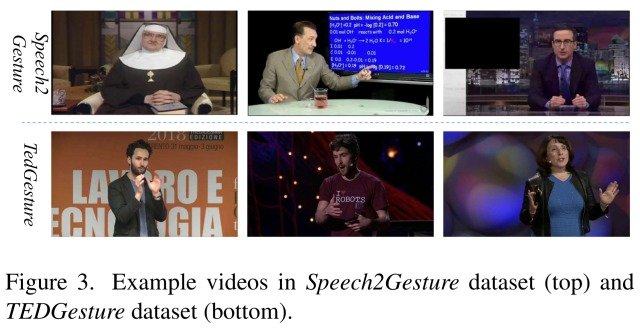 The figure below shows the results of a qualitative comparison between our method and the existing method. 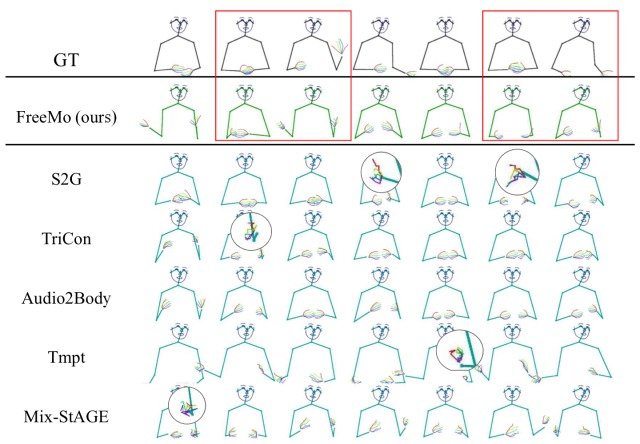 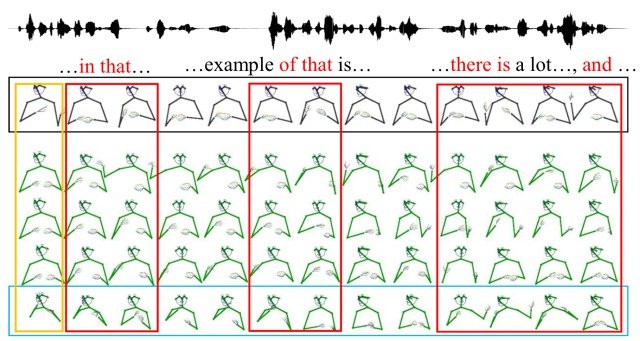 It is noteworthy that the Pose mode branch enables the generation of various gestures from arbitrary initial poses, and that the gestures generated by the Rhythmic motion branch are sufficiently synchronized with the voice.

In this paper, we also conducted several baseline user studies under the following conditions

The chart below shows the average of the 10 scores.

On both datasets, the FreeMo proposed in this paper scored the highest and was evaluated as being able to generate more natural and expressive gestures for many users.

The results of this work are exciting as they lead to the construction of virtual agents, which are essential for applications such as social robots employed in the field of robotics and digital avatars popularized in the Metaverse.

On the other hand, there is a risk that these technologies could be misused to generate fake videos, so caution is needed.

If you are interested, the details of the architecture of the model presented here and the generated gestures can be found in this paper.