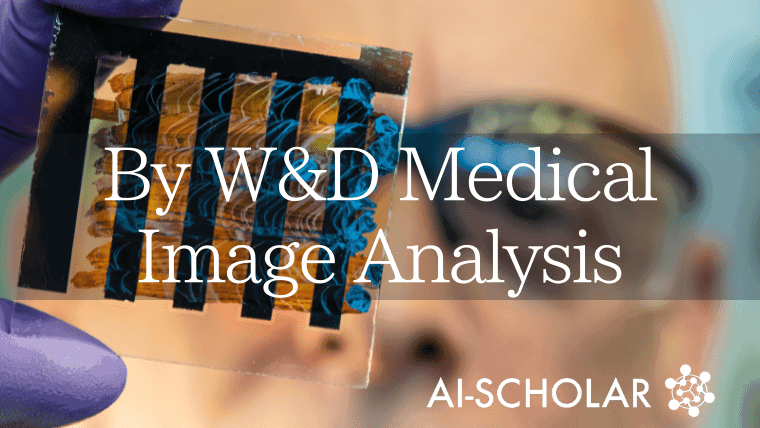 Over the past few years, AI technology for image recognition has made significant progress. One of the reasons for this is the expanded use of Deep Learning (DL).

Prostate cancer (PCa) is the second most frequently diagnosed cancer in men and the fifth most common cause of cancer death, accounting for more than 1.41 million deaths in 2020 and approximately 375,000 deaths worldwide.

In this medical image analysis, the WSI of prostate tissue is learned to analyze and detect whether it is normal or malignant with high accuracy.

These algorithms may play an important role as a second opinion and as a screening method to assist physicians in specific image analysis tasks. In particular, convolutional neural networks (CNNs) and various other DL mechanisms have recently been learned to analyze and detect malignant tissues in WSI and are widely used in digital histopathology.

Since the results obtained using CNNs are reported at the patch level, different techniques have been proposed to combine them to generate slide-level classification results. This technique is known as patch aggregation.

Among the various studies proposed, various patch aggregation techniques based on Recurrent Neural Networks (RNN), Random Forest (RF), other Machine Learning (ML), and statistical alternatives have been implemented, which can help the pathologist to work out an accurate leading to screening method.

A set of hematoxylin and eosin (H&E) stained slides (158 normal WSI and 174 malignant WSI) provided by the Pathological Anatomy Unit of Virgende Valme Hospital (Seville, Spain) is used. These images are subjected to patch-level processing of WSIs to prediction by the following procedure

Malignant (left) and normal (right) samples are also distinguished in the following figure.

This histogram is the mean probability histogram of normalized patch frequencies across all WSIs. The red dashed line represents the least squares regression line.

See Algorithm 1 for details on how to calculate the number of connected components based on the center coordinates of the malignant patch.
This value corresponds to the Euclidean distance (radius) from the patch and ranges from 1 to 5 patch distances, considering that the distance between two patches is 100 pixels (the size of the patch is 100 × 100 pixels ). The number of connected components is normalized with respect to the total number of malignant patches in each WSI.

Algorithm 1: Algorithm for finding the MCC

As the name suggests, the W&D model has both a wide component (width) and a deep component (depth). The wide component effectively stores the sparse interactions between features. It can be defined as learning how the output responds to a combination of sparse input values.