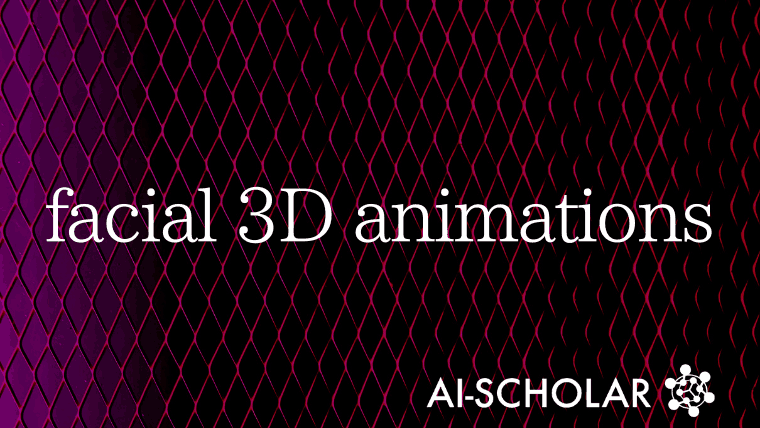 Audio-driven facial animation is a task that takes speech It is a task that takes speech sounds and a 3D mesh of a template face as input and outputs a 3D animation of the whole face movement while the user is saying the content of the speech. It is a research field that is attracting attention because it can be used in various fields such as computer games and virtual avatars.

Although various approaches have been developed in this field to date, one of the major unresolved issues in existing research is the difficulty in generating facial movements that are uncorrelated with speech information, such as blink and eyebrow movements.

The network architecture of MeshTalk is shown in the figure below. 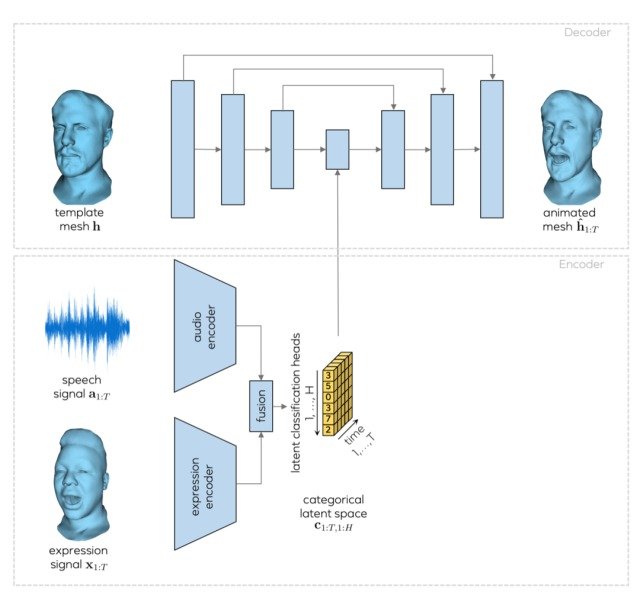 This model uses three inputs: the speech signal, which is a sequence of T speech sounds, the template mesh, which is represented by the V verticesexpression signal, and a sequence of T face meshes which is the basis for animation generation.

The audio encoder converts the speech signal into a mel-spectrogram, a set of speech features, and generates a new feature vector every 10 ms.

The network is a one-dimensional convolution, and skip connections are used between each layer. (See the figure below) 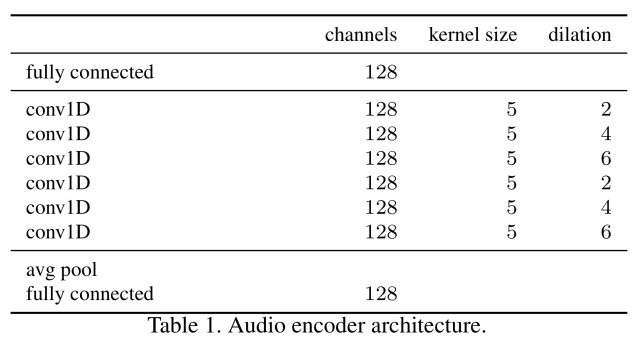 The expression encoder flattens a T × V × 3 (dimensional) input mesh sequence to T × V × 3 and maps it to 128 dimensions using all coupling layers.

The output from the audio encoder and the expression encoder are concatenated in all three coupling layers using a fusion model.

The final output size is T × H × C, where T is the sequence length, H is the latent classification heads, and C is the number of categories. 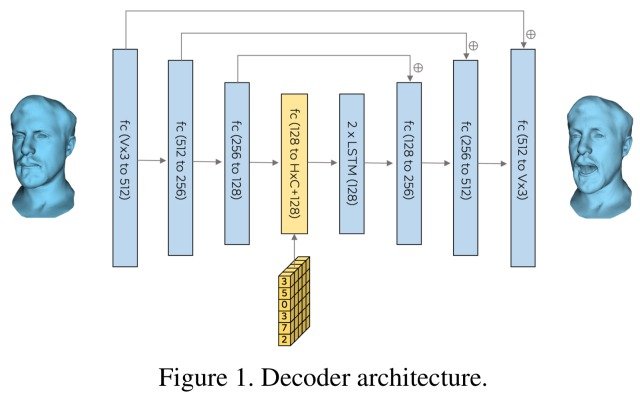 Two LSTM layers are used to model the time dependence arising from latent embedding, and each fully coupled layer has a skip connection.

The final output is re-projected into a V × 3 (dimensional) space to generate the face animation after learning.

However, if we use the existing L2 reconstruction loss function, the speech signal is ignored because the expression signal already contains all the information needed to reconstruct the animation. This can lead to problems with synchronization between speech and lip movements.

To cope with this problem, we propose a new loss function called cross-modality loss.

The speech signal, the sequence of input speech sounds, is denoted by a1:T, andx1:T for the expression signal, which is the sequence of the corresponding face mesh the output 3D animation is represented as follows.

The cross-modality loss is then defined as

Apart from facial movements, we also add loss related to eye corner movements during training, since there is almost no influence from voice input for blinking.

A total of 100 participants were surveyed in this paper under the following conditions using this approach and the existing methods of VOCA and ground truth data.

The results of this survey are shown in the table below.

Then, let's take a look at a sample animation generated by this approach. 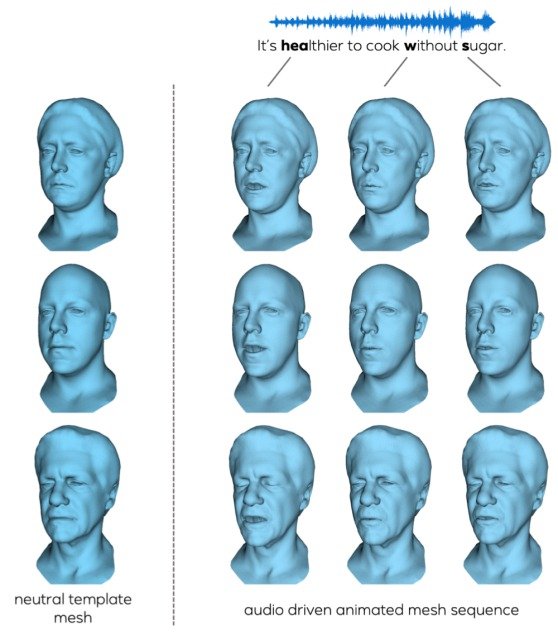 We can confirm that this approach generates very realistic facial animations with accurate voice and mouth synchronization and upper face motions such as blinking and eyebrow-raising.

It is also noteworthy that the mouth movements match the speech parts of the audio data, but the upper facial movements, such as eyebrow-raising and blinking, are generated separately for each sequence.

Although this method can generate more realistic facial animations compared to existing methods, it has some limitations, such as the fact that it cannot be executed in real-time on low-cost hardware such as laptop CPUs and VR devices due to its large computational complexity, and the fact that it is difficult to synchronize The limitations of this method include the difficulty of synchronizing it with audio, so it will be interesting to see how future research progresses.

The details of the MeshTalk architecture and generated videos introduced in this article can be found in this paper if you are interested.