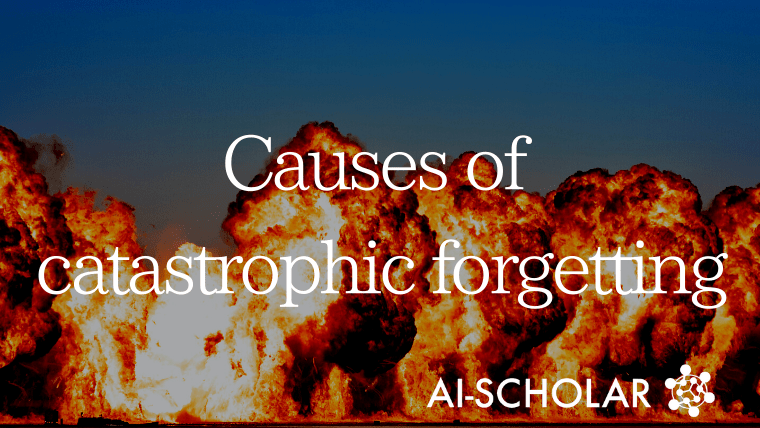 Catastrophic forgetting, which is a significant degradation in performance on existing tasks when a trained model is further trained, is a major challenge in deep learning models.

As an investigation of catastrophic forgetting, we conduct experiments using a variety of task-model architectures.

An example of catastrophic forgetting when these models are trained on two tasks in sequence is shown below.

Among the aforementioned tasks, the split CIFAR10/input distribution shift CIFAR-100 has been used in the experiments.

When task 2 is trained after task 1 is completed, we can see that the performance of task 1 is significantly degraded.

Catastrophic forgetting and the representation of hidden layers

To begin, we investigate the relationship between feature representation in the hidden layer within a neural network and catastrophic forgetting. It aims to answer the following questions.

As a result of a series of experiments described below, we found that the cause of catastrophic forgetting is in the layer closest to the output (the upper layer).

The results of the experiment are as follows.

The larger the number on the horizontal axis, the more the weights are frozen until the layer closer to the output (upper layer). As can be seen from this figure, the accuracy for task 2 does not decrease much even if the weights of the lower layers are fixed.

Therefore, we expect that the feature representations in the lower layer can be reused without updating between tasks 1 and 2, and that the upper layer is the main source of catastrophic forgetting.

If the layer is not frozen

Then, does the feature representation of the lower layer change significantly even if the normal training is performed without freezing the layer weights? To investigate this, we use Centered Kernel Alignment (CKA ), which is a method to measure the similarity of neural network representations. CKA shows how similar the representations of two layers are by a scalar value from 0 to 1.

Specifically, for a layer activation matrix $X \in R^{n×p},Y \in R^{n×p}$consisting of ($n$) data points and ($p$) neurons, CKA is obtained as follows

The following figure shows the similarity between the layer representations calculated by CKA before and after learning task 2.

We also conduct additional experiments to reveal that the upper layers have a significant effect on catastrophic forgetting. Specifically, after sequentially learning tasks 1 and 2, we rewind $N$ successive layers from the bottom or top layer to the state before learning task 2 (just after the completion of learning task 1).

The result of this is shown in the following figure.

This indicates that the upper layers have a strong influence on catastrophic forgetting.

Reuse of feature representation and elimination of subspace

The change in representation during sequential learning of the task is further investigated by analyzing subspace similarity.

The subspace similarity, $X \in R^{n×p}$, is calculated by PCA (Principal Component Analysis) using the matrix $V_k$ with columns from the first to the $k$ principal components, and $U_k$ obtained in the same way for $Y\in R^{n×p}$, as follows.

Here, the subspace similarity is calculated for each of the following three conditions.

The subspace similarity in this case is shown in the following figure.

The experiments so far have shown that catastrophic forgetting is mainly caused by the influence of the upper layer.

So, how does the upper layer change when we use a method that prevents catastrophic forgetting (continuous learning)?

In fact, we show below the subspace similarity when using methods such as Replay Buffer, EWC (Elastic Weight Consolidation) and SI (Synaptic Intelligence ).

The CKA values are also compared as follows.

In this figure, the CKA values are shown for the three previously mentioned relaxation methods applied at different intensities ($r$ or $\lambda$).

It aims to answer questions such as.

To answer this question, we experimented with the relationship between similarity between tasks and catastrophic forgetting, and the results are shown below.

In this table, we show the performance degradation when Task1 and Task2 are composed of artifacts and animal classes using ImageNet.

If we assume that the similarity between tasks mitigates catastrophic forgetting, we should expect that the performance degradation should be less when two tasks are similar (animals-animals or artifacts-artifacts). However, in reality, the performance degradation is much worse for Task1:artifacts Task2:artifacts, which is contrary to the above assumption. Similarly, the learning curves for the experiments with tasks constructed based on objects or animals are shown below. 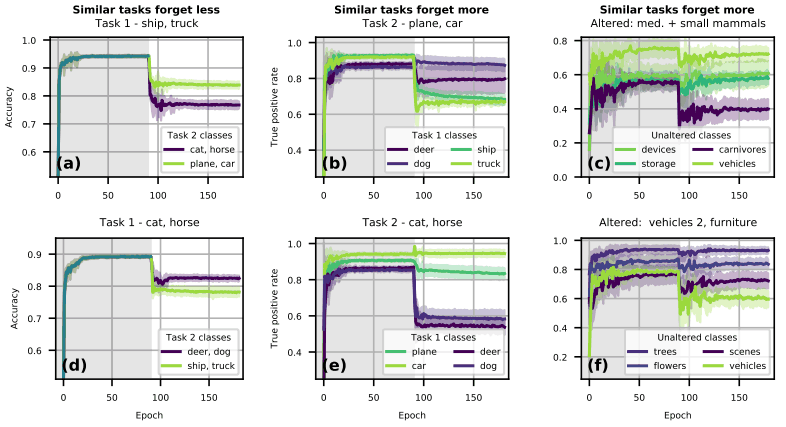 For example, in (a) of the figure, Task 1 contains the ship and truck classes. In this case, when we experiment with two types of Task 2 (cat,horse or plane,car), the performance is higher when we train on the same object as Task 1 (plane,car).

In other words, catastrophic forgetting is weakened when similar tasks are learned. This is a similar result in (d).

On the other hand, in (b), when two classes of objects and animals (ship, truck, deer, dog) are trained in Task 1, and then objects (plane, car) are trained, the accuracy for ship and truck, which are also objects, deteriorates.

In other words, the catastrophic forgetting is rather severe due to the learning of similar tasks. This is the same result in (e).

The same is true for (c,f), where the experiments were performed on CIFAR-100, and the performance on the class with a changed input distribution (Altered) and the similar class (no shift in distribution: Unaltered) is degraded. Thus, we found that when tasks are similar, there are times when performance improves and times when it decreases.

This is shown in the figure below.

In Fig. (a), we first train the binary classification task, and then show the accuracy when training on a dataset that is a mixture of other tasks and the dataset at a fixed fraction (mixup fraction).
As shown in the figure, there is a particular performance degradation when the mixup fraction is between 0.1 and 0.2.
Figure (b) shows the task similarity (trace overlap) for the mixing ratio of the two data sets, and shows that the task similarity varies monotonically with the mixing ratio.
Figure (c) shows the similarity between Task 1 and 2 in the aforementioned tasks (consisting of a to f). Here, ● corresponds to (a) in the figure and ○ to (b) in the figure.

The reason for this can be explained as follows.

Thus, based on the finding that catastrophic forgetting is most reduced when task similarity is moderate, we can explain the results for the task (consisting of a-f) described earlier.

In the paper introduced in this article, the mechanism of catastrophic forgetting, the representation of neural networks, continuous learning methods, and the relationship with tasks were investigated, and the following two major findings were obtained. 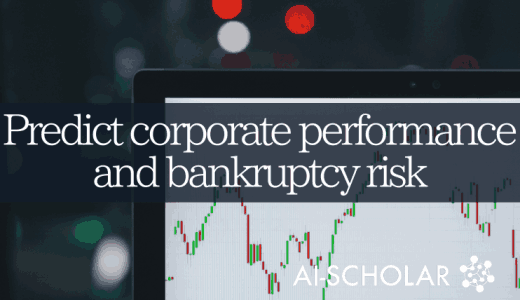 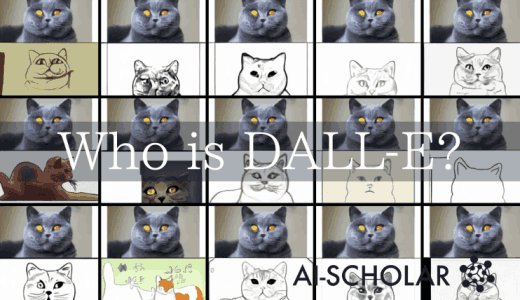 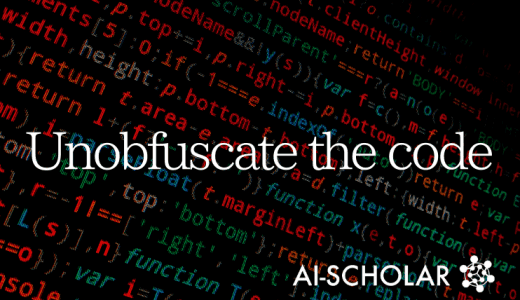 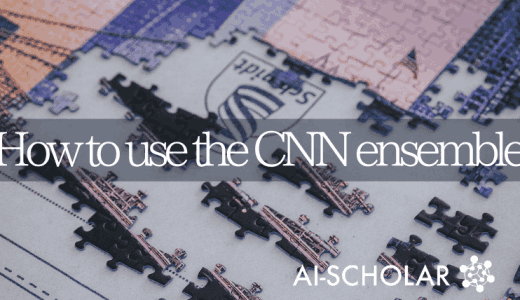 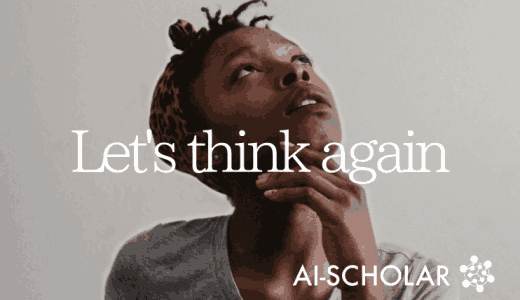 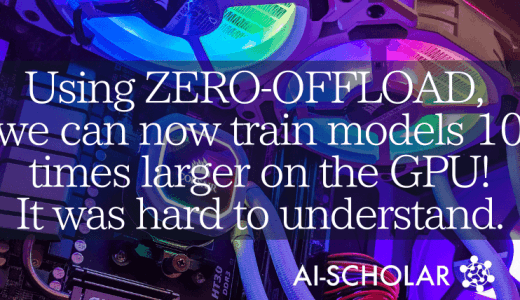