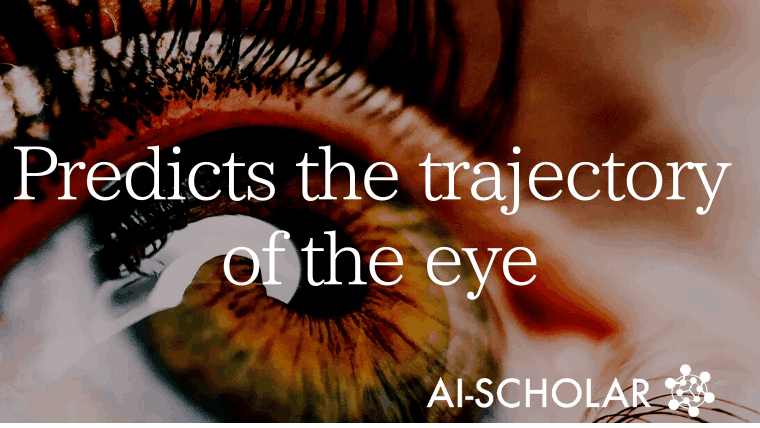 In the past, there have been only occasional overlaps in the development of models and algorithms in the fields of computer vision and natural language processing, but in recent years there has been a gradual convergence of ideas in these two fields.

In particular, the focus is on building multimodal models to align vision and language, and the goal of these models is to mimic the extraordinary ability of humans to compress and translate information across modalities.

This paper describes a paper that solves the above problem using a novel Transformer architecture that jointly models the three modalities of image, caption, and trace.

Overview of datasets and new tasks

First, we describe the Localized Narratives dataset used in this paper and the novel task using it.

The Localized Narratives dataset was collected by simultaneously recording the annotator's voice and mouse traces as he or she described the content of the image The dataset consists of three modalities: image, caption, and trace.

While the original paper on this dataset dealt with only a single task of generating captions from images and traces, this paper proposed two additional novel and challenging tasks

This is shown in the figure below. (Rows 1 and 3 in the table are new tasks) 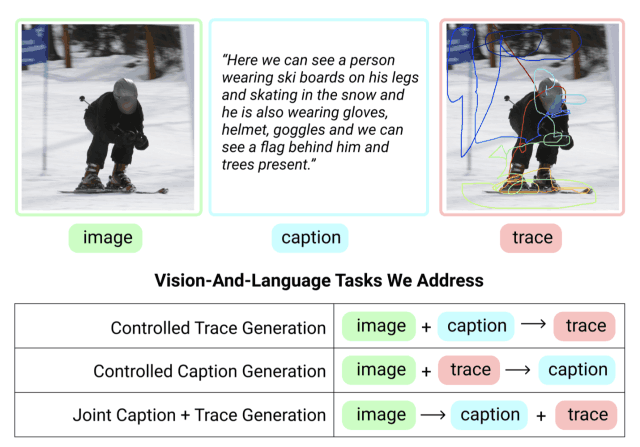 In this paper, instead of building three separate models for the above three tasks, we proposed a model that effectively learns in a unified framework with shared parameters, and named this model architecture Mirrored TransformeR (MITR ) due to its symmetric structure (See the figure below). (See the figure below)

The input to the model is a subset of image features, text features, and trace features, each of which is

Here, following existing studies, we define the feed-forward network (FFN) as two linear transformation layers with a ReLU activation function in between and define MultiHead as follows.

These modules are designed to take a mirroring structure such that the two modalities are symmetric in the two tasks of caption generation and trace generation.

The final loss function can be formulated as

where L [trace] is the L1 loss between the predicted trace box and the ground truth trace box in trace generation, L[cap tion ] is the cross-entropy loss of the caption in caption generation, Lr~→w^→r^ is the cycle loss, and L [joint] is the sum of the trace loss and caption loss in the joint caption and trace generation task.

In this paper, we experimented with four datasets, COCO, Flickr30k, ADE20k, and Open Images. 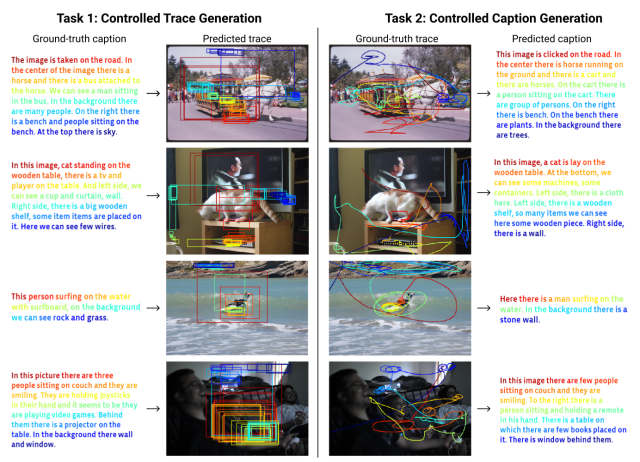 As shown in the figure, the proposed method can obtain accurate generation results for both tasks.

The result of simultaneous caption and trace generation (Task 3) is shown in the figure below. 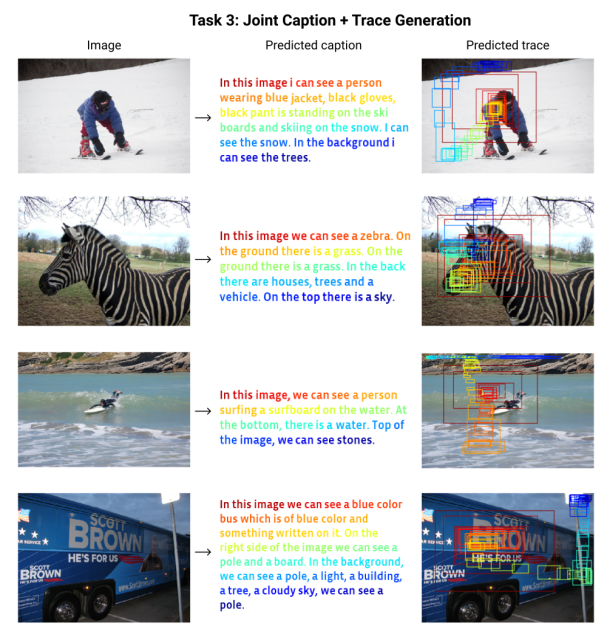 Modeling traces simultaneously with captions resulted in a significant improvement in caption generation performance compared to the baseline where only captions were modeled.

How was it? In this issue. described a paper that proposed Mirrored TransformeR (MITR), a novel transformer architecture that jointly models the three modalities of image, caption, and trace.

Since this model has the potential to be used to solve various social problems, such as automatically generating localized descriptions of images for visually impaired people on social media We will pay attention to future trends. 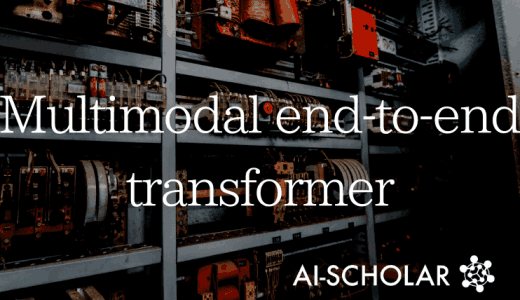