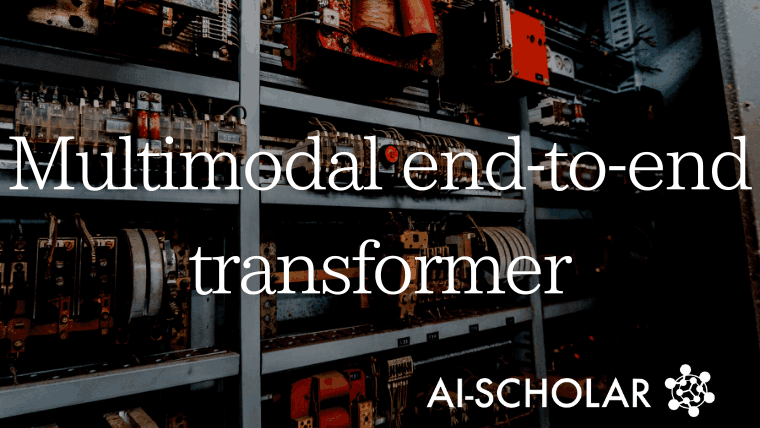 As a solution for visual-linguistic (VL) tasks such as visual question answering (VQA) and image-text search, visual-and-language pre-training (VLP), which uses a large number of image-caption pairs to learn multimodal representations, has shown excellent performance.

It is a natural question whether it is possible to use ViT (Vision Transformer), which has shown promising results in computer vision, for this VLP.

In the paper presented in this article, we proposed the Multimodal End-to-end TransformER (METER) framework and investigated how to pre-train a complete Transformer-based VLP model end-to-end.

We then performed various analyses to obtain better performance, including multiple elements of model design, and combined the results to achieve an accuracy of 77.64% on the VQAv2 tested set, outperforming existing state-of-the-art methods.

About the VLP Model

First, we describe each of the three typical visual-and-language pre-training (VLP) models.

This table summarizes the encoders (Vision Encoder and Text Encoder) used for visual and text feature extraction, the Multimodal Fusion used to fuse these features, the Decoder, and the pre-training objectives.

In many previous studies, pre-trained object detection models are used to extract visual features (OD of Vision Encoder in Table)

The drawbacks of this approach are that the extraction of region features is time-consuming and the pre-trained ODs are frozen during pre-training, which limits the capacity of the VLP model.

To overcome the shortcomings of OD-based methods and to perform end-to-end pre-training, for example, PixelBERT and CLIP-ViL feed grid features directly from CNN and text to the Transformer.

Using grid features directly is efficient, but usually different Optimizers are used for CNN and Transformer. For example, for PixelBERT and CLIP-ViL, AdamW is used in Transformer and SGD in CNN.

As a case of using ViT-based features, for example, ViLT feeds image patch features and text token embedding directly into the ViT model. Visual Parsing and ALBEF also use ViT as an image encoder.

However, these models lag behind state-of-the-art performance in downstream tasks such as VQA. In the paper presented in this article, we investigate an end-to-end ViT-based model pre-training method that achieves high performance while maintaining fast inference speed.

The paper focuses on the method using ViT-based batch features among the three types of VLP models mentioned earlier.

For this purpose, the paper proposes the METER framework as shown in the figure below.

These are passed through a multimodal fusion module to produce a cross-modal representation and optionally further passed through a decoder to produce the final output. Based on this framework, various analyses are performed to obtain a good end-to-end ViT-based VLP model.

For the design of the model architecture, there are four major components: optical encoder, text encoder, multimodal fusion module, and whether to use a decoder.

When using ViT-based batch features, the image is split into patches (16x16), which are input to the Transformer model.

However, as mentioned earlier, existing VLP models based on ViT-based methods perform poorly compared to the state-of-the-art, and it is not known which of the various pre-trained ViT variants is the best model for VLP.

In the paper, the following ViT-based methods are used as visual encoders for the analysis

The VLP model generates input text sequences by first splitting input sentences into subword sequences and then inserting special tokens at the beginning and end of the sentence.

We also experiment with using only simple word embeddings, initialized with the BERT embedding layer.

Regarding the modules for fusing visual and textual features, the paper considers both of the following two types of fusion modules

Encoder only or encoder/decoder

Next, we consider the model's prior learning objectives.

In MLM in VLP, given an image-caption pair, we first randomly mask some of the input tokens.

Next, we train to recover the original input token $l$ from the masked token sequence $l^{mask}$ and image $v$.

In image-text matching, given an image-caption pair, we learn a binary classification problem that identifies whether the caption corresponds to the image.

However, some studies question whether MIM is effective for VLP, as the latest VLP models do not apply MIM.

For further study, the paper treats MIM as a patch classification task and analyzes two implementations

First, we let the model recover input patches using a dynamic vocabulary constructed from the negatives in the batch.

Second, we train the model to obtain a discrete representation of the input patches and recover them. Specifically, we transform each image into a series of discrete tokens using VQ-VAE in DALL-E and resize the image size so that the number of patches matches the number of tokens.

We then predict the discrete tokens corresponding to the randomly masked patches.

If not mentioned otherwise, the default settings of METER in the experiment are as follows

About visual and text encoders

The visual and text encoders are affected by the following, respectively

When the model was optimized directly without VLP, the Swin Transformer and CLIP-ViT were particularly useful for visual encoders.

On the other hand, there was no significant difference between the text encoders, but RoBERTa was seen to be the most robust. The performance of the Emb-only setting decreased, suggesting that it is important to use a pre-trained text encoder. In light of these results, the results for the case using VLP are as follows.

About Multimodal Fusion Module and Decoder

The comparison results for the aforementioned multimodal fusion module and decoder are as follows.

Experimental results show that the Co-attention model performs better, suggesting that it is important to have different parameter sets for each of the two modalities.

The following table shows the change in performance according to the prior learning objectives.

Experimental results show that MLM and ITM improve the downstream task performance, while MIM degrades the performance. This result indicates that the findings of region-based VLP methods may not be valid for ViT-based methods.

In addition, this performance degradation appears to be due to contention between different objectives, which may be resolved by techniques such as multitask optimization.

Finally, we compare the best performing model (RoBERTa-base+Swin Transformer/CLIP-ViT-224/16) in our experiments so far with the existing method. The results are as follows.

In general, the CLIP-based model among the proposed methods achieved the best or second best performance on all downstream tasks in comparison to the pre-trained models with less than 10M images.

The results of pre-training with more images (14M images and 20M image-caption pairs) and larger backbones (CoSwin-Huge, RoBERTa-base) are also shown below.

We presented a paper on VLP models for solving visual and verbal multimodal tasks, investigating how to pre-train a complete Transformer-based VLP model end-to-end.

Comprehensive experiments have revealed insights into the effective model design for ViT-based VLP models and achieved performance comparable to state-of-the-art methods for pre-training with 4M images. This work paves a new way for ViT-based visual and verbal pre-learning methods. 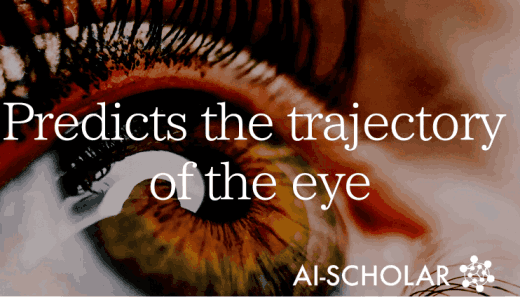